Home / Recent Projects / Something within Me: A Personal and Political Memoir

Something within Me: A Personal and Political Memoir

Project: Something within Me: A Personal and Political Memoir by Michael Wilson

The late Honourable Michael Wilson was a Canadian politician and business professional. As Minister of Finance under Brian Mulroney, Wilson was one of the key negotiators of the Canada-United States Free Trade Agreement – one of Canada’s most important economic agreements in the last 50 years, later superseded by NAFTA. In addition, Wilson was responsible for implementing the controversial Goods and Services Tax (GST), which remains key to the federal government today. After his life in Parliament, Wilson served as Ambassador to the United States and Chancellor of the University of Toronto.

Outside of politics, Wilson was active in raising awareness of mental health issues following the traumatic loss of his son, Cameron, to suicide. Devoting considerable time to advocacy, he established the Cameron Parker Holcombe Wilson Chair in Depression Studies at the University of Toronto and served as Board Chair for the Mental Health Commission of Canada.

Something within Me highlights how Wilson’s personal life blended with his political life and accomplishments, detailing his advocacy for mental health awareness as well his involvement in important pieces of legislation that made significant impacts in Canadian political and economic history. These deeply personal stories, particularly those of a father grappling with his son’s illness and death, remind us of the lives behind the political personas that shape our world.

Service: TEC copy edited the manuscript for U of Toronto Press style in usage, punctuation, and spelling; corrected grammar errors; and reviewed and finalized all changes in the manuscript in preparation for production. 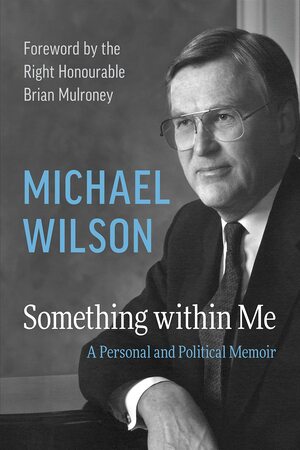